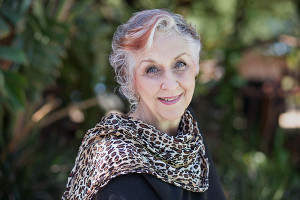 Ina Wiegand founder of Respiro Studio started her vocal performance career at a very young age. She started her vocal training under well-known vocal coaches; Prof. Albrecht Lewald, Sarie Lampbrecht, Jesserina Olivier-Smith and Norma Biagi who specialised in the Bel Canto style of singing. Ina did various short courses in Opera and Musical Theatre accredited with San Francisco Conservatory of Music and in 1997 she received her Artist Diploma from the National Voice Institute accredited by the San Francisco Conservatory of Music.

Ina Wiegand’s knowledge and experience do not stop at vocal performing, she has done various other short courses and workshops like journalism (stories, radio and drama), TV-presenting, songwriting, ATKV songwriters, choir training, and NEA adjudication courses. Together with workshops and short courses, she broadened her experiences by participating in various eisteddfods, art festivals, production and concerts. She has won a myriad of prizes; in short, she was announced as Best Vocal Soloist (NEA and Pretoria Eisteddfod), Overall winner (NEA) and she was also a finalist for the Mimi Coertze Scholarship.

Ina had various international performances in Germany, Hungria and South America.  She formed part of various groups and productions – from classical music, opera, musicals up to contemporary music.  Ina shared the stage in various school operettas (as artists, teacher, coach and mother) with artists like Groep 2, Rina Hugo, Jannie du Toit, Dana Niehaus, Sibongele Khumalo and the SABC Choir  (1992-1993). Ina Wiegand proved to be an exceptionally talented performer and also showed her true nature as someone who pours dedication and love into the performing arts by writing and directing productions that were broadcasted and performed in various theatres, halls, and festivals like KKNK. These productions include: ‘Haaikônna man, ons is saam in hierrie tas’, ‘T-praat, Ons kom van vêr af’, to name but a few.

Ina started to cultivate her love for performing arts in her students when she started to teach as a profession.  Her main aim is to develop young artists, performers and audiences by educating and guiding them in, correct and healthy singing techniques; the methodology of the singer and the singer’s mind and body; preparing students for exams and assisting students and other performers in preparing for concerts and productions.  Ina worked as an adjudicator for various eisteddfods, art festivals, school competitions, idols, revue-extravaganzas and other competitions. Ina presented various workshops to teachers, students and parents providing them with performing arts with NEED TO KNOW KNOWLEDGE and extra developmental information.  Workshops include:

“INSIGHT INTO THE LIVE ON STAGE”- MINIMAX-KKNK, ATKV – TRAINING OF TEACHERS IN CREATIVITY, MINIMAX – TRAINING FOR TEACHERS IN ARTS AND CULTURE (MUSIC) and MSLA (MATHS AND SCIENCE LEADERSHIP ACADEMY) WINTERSCHOOL KIMBERLEY where she developed and encourage learners to take control and develop leadership skills.

Ina’s knowledge, love and dedication to performing arts has put her in the privileged position to have worked with many vocal and performance teachers, producers and performers like Johan (MJ) Kellerman (member of Bravo and Ancore – groups that perform in Spain), Franco Barnard (member of the singing group Heros – performing in Spain), Stefan Fouché (member of the singing group Ancore – performing in Spain), Stephan Van Der Walt (part of the Jersey Boys cast – performed in South Africa and Singapore), Paul Loots (Roepman),  Christoffer Viljoen (Romans) and Herman Theron (South African tenor who performs yearly in Switzerland and founder of Reakopana Opera Festival). 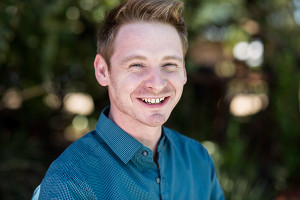 Christo R.J is a talented young upcoming artist, music educator and managing director of Respiro Studio. Christo developed a love for music as a pre-scholar and enjoyed singing and  “tokkeling” on the piano. Christo soon realized that he wants to work in the performing arts, and started to participate in school choirs, revues and musicals.  He also competed in various competitions ranging from Druiwefees Idols, ABSA School Idols, Tehila (Radio Kansel), ATKV, Marble Hall Idols, Build It Idols,  South African Championships of Performing Arts and the World Championships of Performing Arts.

Christo started entering singing competitions and festivals from age 7. He started taking singing lessons in 2002 under the guidance of Marga Roos and in 2005, attended classes at Chris Coetzer, one of South Africa’s well-known tenors. In 2005 and 2006, he was chosen for the SA team but in 2006, his dream came true when he had the chance to participate in the World Championships of Performing Arts in Los Angeles, where he did exceptionally well.  During 2002 – 2006 he received performance training once a year from Ina Wiegand and Marilda Wiegand (Respiro Studio) focussing on the South African Championships.  Christo started teaching singing lessons while still in high school and throughout the duration of his music studies at the University of Pretoria.

In 2012 Christo completed his BA MUSIC  degree with Jazz-vocals as his first instrument at the University of Pretoria as well as his Level 6, Rockschools Music Performance Licentiate with vocal and performance training done by Ina Wiegand (Respiro Studio). Christo started his own singing studio “VIVA CANTANDO” in 2010, which was also part of Respiro Studio and in 2013 Christo decided to work as part of the Respiro-team. In 2018 he took over the management of Respiro Studio.

Christo had the opportunity to participate in the Operetta, “Candide” as part of the moving ensemble and he also “debuted” as “actor” in a final year music theatre student’s play called “Die gat in die klavier”. Christo also had the opportunity to act as a cast member (singing and acting) in the Afrikaans drama, ‘Wasem’, which was performed at the Grahams town Art Festival 2013. As a performer Odia have enjoyed the opportunity to gain experience from across the world, in a broad spectrum of community settings.  Odia’s theatre experience includes training and performing in theatre acting.  Performing and directing Theatre in Education for ages six to eighteen as well as Theatre for Development for ages twelve to fourteen and adults in psychiatric clinics.

She is also trained in Playback Theatre. Which has given her ample opportunity to work with people on a more social level. “Teaching playback theatre has allowed me to strengthen my ability as a strong leader. It has also given me the opportunity to deal with individuals in the best possible way in establishing trust, and to easily persuade and motivate people to achieve set goals.”